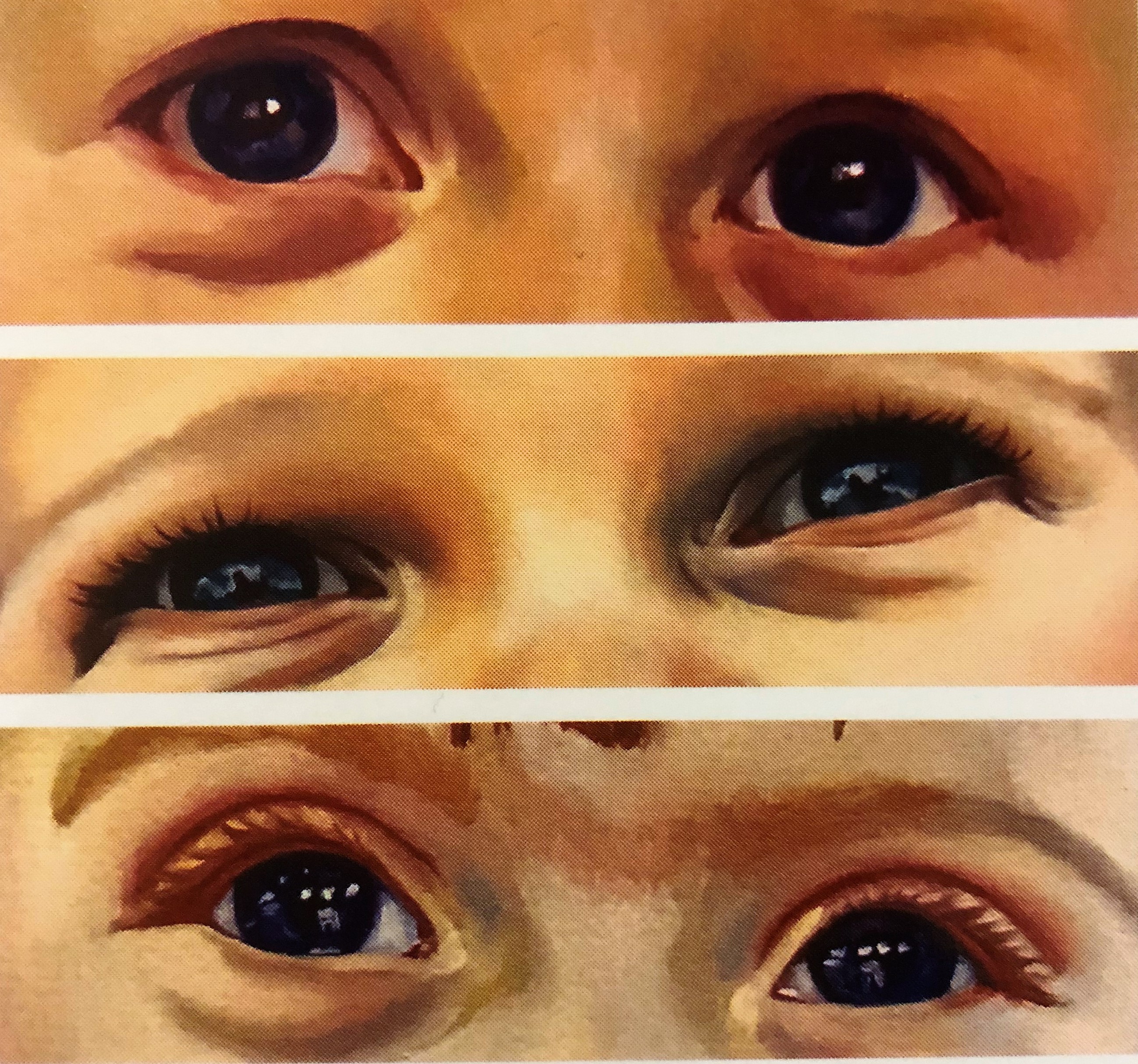 Whitney Trisler Causey is Assistant Professor of Studio Art in our School of Design. In 2016, Whitney and her husband Clint were blessed with a beautiful daughter. Over the first few months after M’Lynn’s birth, Whitney noticed certain developmental delays and behaviors that caused her to question if there was an underlying issue with M’Lynn’s health. After many tests and relentless research, Whitney and Clint learned that M’Lynn has a rare neurogenetic disorder known as Angelman Syndrome (AS). Whitney became involved with the Foundation for Angelman Syndrome Therapeutics (FAST) and attended their annual gala in Chicago last year to learn from others with similar experiences, and to see if there was something that she could do to help the AS cause – and M’Lynn.

Whitney turned to her passion, her art, to communicate and change perceptions about the disorder. Last fall, she embarked on an ambitious mission to paint numerous portraits of children born with AS in 2016. On Friday evening, her collection of portraits was exhibited at the Rawle Enterprise Center. Thanks to the efforts of Hannah Bustamante, the grand opening was attended by a large crowd from across the campus and community. Whitney’s remarks to the audience were enlightening, creative and touching. One couple came from Oklahoma for the opening, and brought their daughter who also has AS. Friday marked International Angel Syndrome Awareness Day, and Whitney’s exhibit certainly brought a greater awareness of AS to our community.

Whitney’s mentor, Art Professor Nick Bustamante, has encouraged Whitney all along the way. Nick is one of the leaders of our VISTA (Visual Integration of Science Through Art) team that has developed highly innovative courses and curricula in medical and biological illustration. A few months ago, Nick initiated discussions with his VISTA colleagues Jamie Newman (Biology), Mary Caldorera-Moore (Biomedical Engineering) and Whitney to explore opportunities in illustrating biological concepts related to Angelman Syndrome. Jamie and Mary jumped at the opportunity and invited one of the nation’s leading medical researchers on AS, Dr. Edwin Weeber, to speak to our campus and community. He came to campus this week as part of the New Frontiers in Biomedical Research Seminar Series, a series first organized by Jamie and Mary about three years ago.

This past week was special for me and others. Seeing these interactions between a mother with an AS child, a researcher who is striving to identify therapeutics for AS, and our faculty from science, engineering and art who are facilitating the communications between all, was most inspiring. Dr. Weeber noted how difficult it is to communicate underlying biological principles and interactions to others, and welcomed the enhanced visualizations offered by our VISTA team. Dr. Weeber also had the opportunity to interact with a special mother, Whitney, who has experience with an AS child and a passion about using her artistic talents to have an impact on those with Angelman Syndrome as well as others who should better understand those with the disorder.

Special thanks to Whitney, Nick, Jamie, Mary, Hannah and others who are collaborating across their respective disciplines to have most positive impacts. None of this would have happened without their initiative and their understanding that special things can happen when committed people with different perspectives and talents work together. They have already made a difference, and they are just beginning this journey together.

The exhibit remains open through March 15th. For more information about FAST: www.cureangelman.org 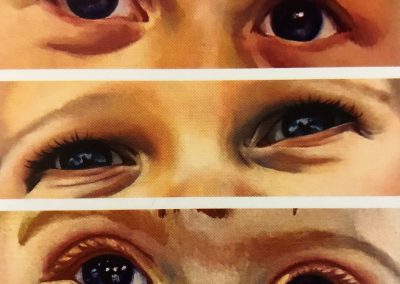 Happiness and Excitability by Whitney Causey 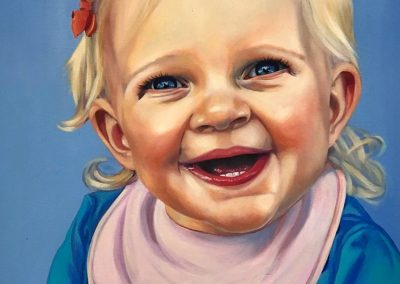 Portrait by a special mother 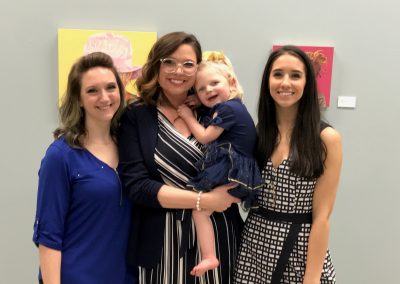 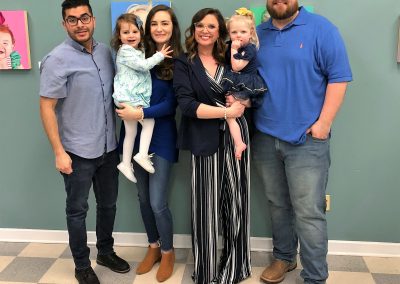 With friends from Oklahoma 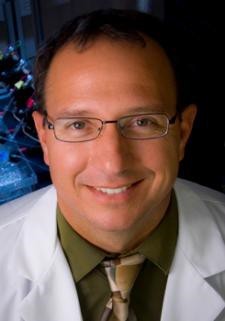 Professor at University of South Florida 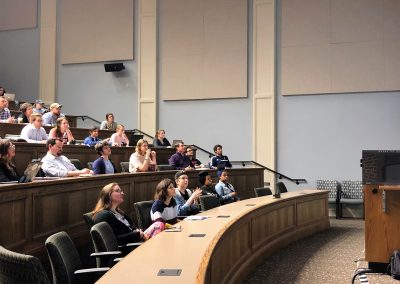 Scientists, engineers and artists in attendance 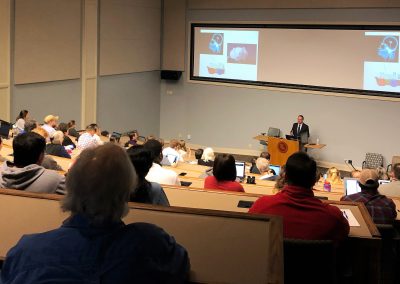 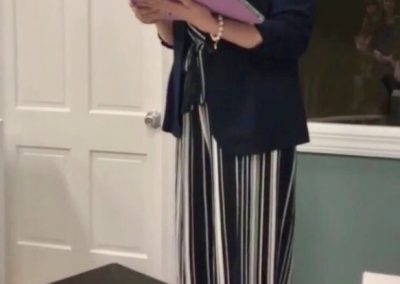 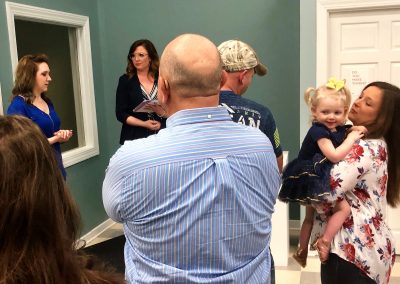 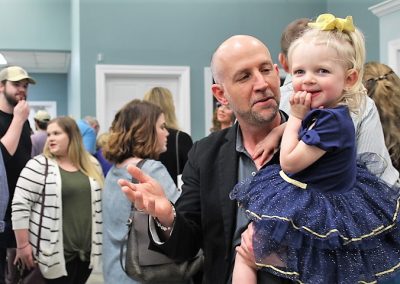 Thanks to Davy for leadership in collaborative efforts 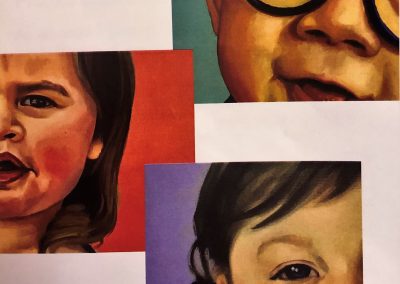