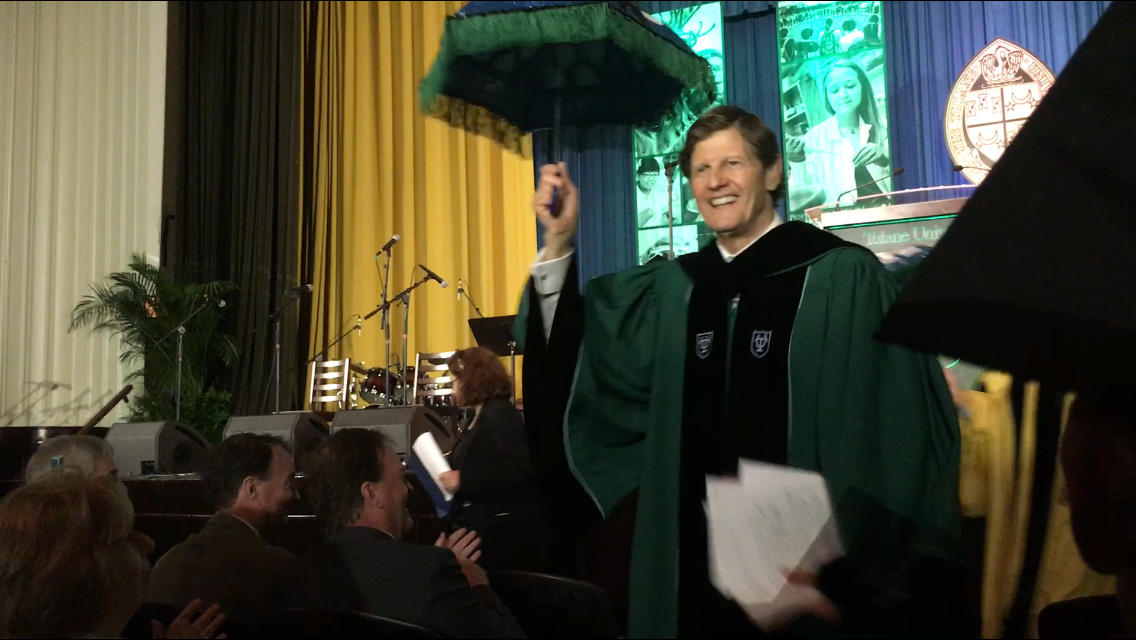 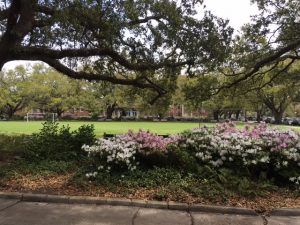 Following University of Louisiana System Board meetings in Baton Rouge on Wednesday, I headed over to New Orleans to participate as a delegate in the inauguration of Dr. Michael A. Fitts as the fifteenth President of Tulane University. It is customary for leaders from other institutions to attend inaugurations and I looked forward to this event because of the close ties that we have with Tulane and many of its faculty and alumni. Tulane and Tech established a special bond post-Katrina as many Tulane students, including the entire football team, took up residence on our campus for several months until they could get back on schedule in New Orleans following the storm. It is important that our institutions continue to partner in academic, research, innovation and economic development initiatives. And I appreciate the value that strong leadership and vision from our sister institutions of higher education bring to our entire state. 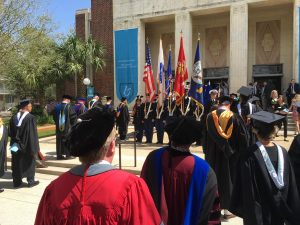 Presidential inaugurations are special celebrations that bring faculty, staff, alumni and community together to reflect on the things that make the institution great while providing the opportunity for the new President to communicate where the institution is heading. Various speakers are invited to provide their greetings, congratulations and best wishes to the new President. These events are formal and often rooted in tradition. Tulane’s inauguration was certainly a special one that reflected the traditions of the institution as well as those of the great city of New Orleans. But it was not a traditional inauguration by any measure. President Fitts clearly recognizes the importance of “place” to the university and demonstrated his commitment to bringing the city and university even closer together during his presidency. 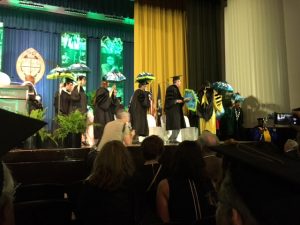 I could tell that we were going to be in for a treat as I entered McAlister Auditorium in the processional line with other presidents and delegates to the welcoming music of Dr. Michael White and the Original Liberty Jazz Band. Dr. White provided an inspirational rendition of the song “Just a Closer Walk” on his clarinet as a musical invocation, and played other great jazz music throughout the program. Ronald Daniels, President of Johns Hopkins, and Amy Gutmann, President of Penn, gave the Call to Service and Presentation addresses. And Michael Fitts provided a most inspirational inaugural address. In celebrating the rich traditions of New Orleans, Michael led the recessional in a traditional second line parade exit complete with umbrellas, white hankies, and a great Jazz band! I wish Michael, his faculty and student body continued success in building one of the nation’s premier private universities and thank them for the opportunity to let me join them for this special day. 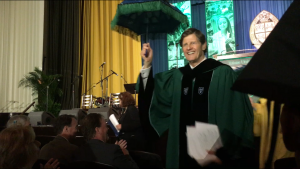 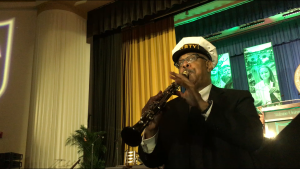 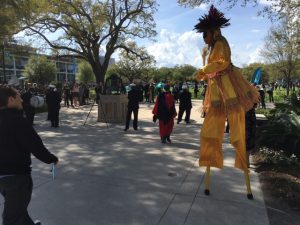 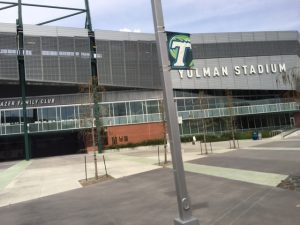