Home › Weekly Update › When it Rains…… 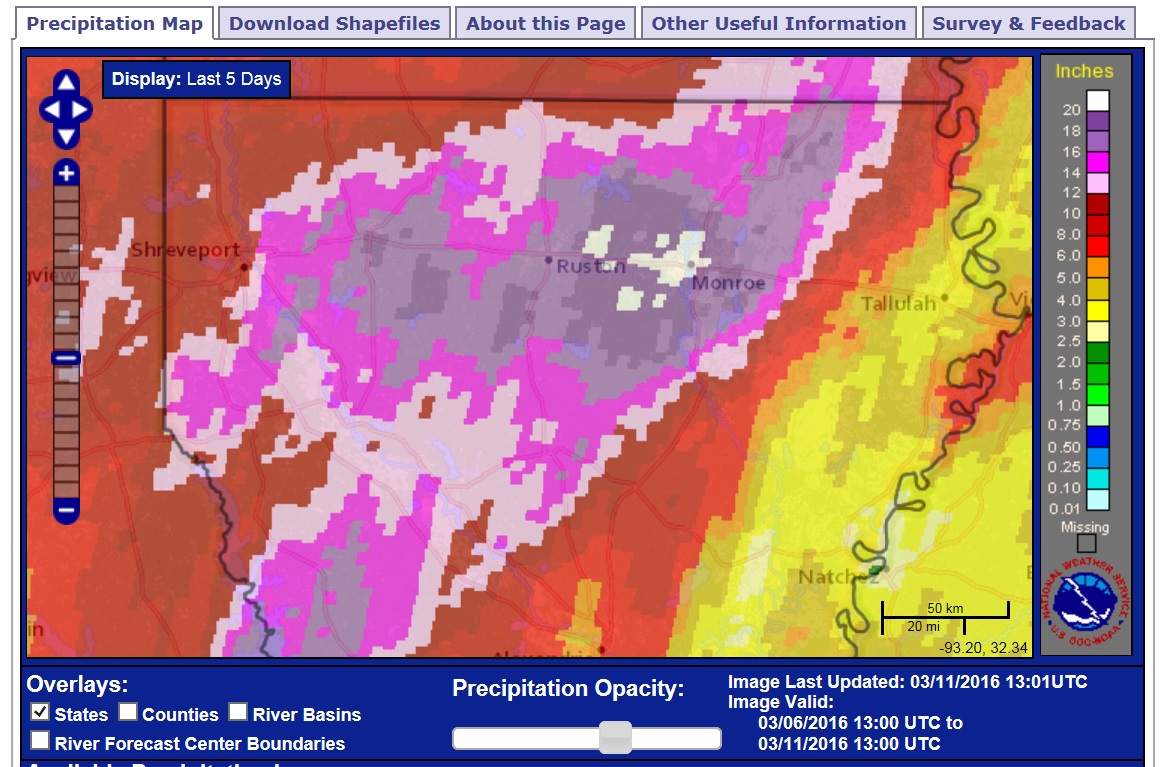 This week will long be remembered by many people across Louisiana, particularly north Louisiana. The historic March 2016 rain event has resulted in 20+ inches of rain in some areas and has caused flooding across north Louisiana unlike anything we have seen in decades. There has been a lot of damage and destruction, evacuations, loss of property, and unfortunately, loss of life. We have seen countless images and videos of the flooding impacts on television and social media. Many of our students, staff and faculty have been severely impacted. We pray for those who are continuing to deal with this crisis in their lives and we thank all of those who have been there to support those in need. Our campus has remained open and only had relatively minor impacts from the floods. Our Spring Quarter was scheduled to begin on Wednesday, but classes were cancelled due to flooding and dangerous travel conditions, and the Quarter has been rescheduled to begin on Monday. Many of our residential students remained on campus this week, but many of our faculty and staff could not get to campus because of extensive roadway flooding across the parish. 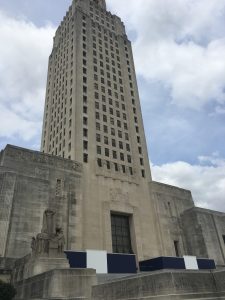 Walking into the Capitol for Special Session

At the beginning of the week, I traveled to Baton Rouge Sunday afternoon to visit the capitol as the 2016 Special Session was coming to a close. This session wrap-up is another major event from this week that will long be remembered. Sunday evening, I met with a colleague who works closely with me in our state-wide research activities. Monday morning, I followed events at the legislature before heading over to the Board of Regents offices to meet up with Dean Hisham Hegab to present Tech’s proposal for an eminent scholar chair to an external review committee. The presentation was well received and we hope that we are able to receive the $400,000 in state matching funds for the $600,000 we received in a private contribution to establish the chair. As soon as the interview finished, I headed over to the state capitol building to visit with legislators and staff. Monday and Tuesday were full days for me with the legislative session. I spent most of Monday afternoon and evening on the House floor providing information to legislators about key funding bills that were up for consideration. I continued to follow things closely on Tuesday as things really began to heat up. Our good friend, Rep. Rob Shadoin, invited me to sit nearby with his wife Carol. This gave me a good opportunity to interact with a number of our legislators from across the state, many of whom have ties to Louisiana Tech. 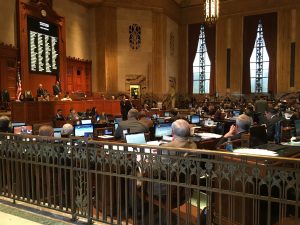 The special session was crucial for the state, and particularly for higher education, as legislators were trying to close the gap for a $900M shortfall in the current year budget, and a $2B shortfall for the FY17 budget. There were strong feelings from different sides of the aisle about how to make up the shortfall, including decisions about how much could be saved by cutting costs. My position was that higher education needs to be a top priority for the state as a key driver for economic prosperity and opportunities for our children, and something that could not withstand further cuts without significant repercussions. It was clear that a majority of the legislators understood that after hearing all of the testimony that had been presented by our higher education leaders throughout the session. 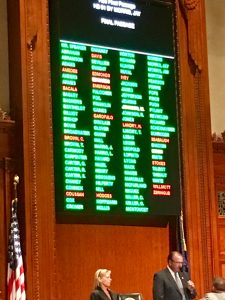 Votes being registered on one key bill

Bills seemed to move very slowly through the legislature as legislators debated, witnesses testified, and negotiations continued. And it wasn’t until the final 15 minutes of the session that conference committees presented their compromise legislation to both the House and Senate. Some of these bills remained on the docket as the 6:00 PM Wednesday deadline passed. We are still sorting through the final bills and amendments that passed to understand where things stand for higher education. But I am very grateful for many of our legislators who stood strong and tall on those key bills that were essential for avoiding major higher education cuts this year. We know that a significant deficit remains for next year and that is going to mean some major challenges for us in trying to plan our budgets. The regular legislative session begins on Monday, but revenue bills can’t be considered in this session. We will continue to remind everyone about the importance of higher education for Louisiana’s future. I decided to drive back to Ruston on Wednesday morning so I could get ahead of some of the highway flooding. It is a good thing that I left when I did as parts of Hwy 167 began to close that day. I managed to make it back to Ruston at about noon and immediately began to work with our Emergency Response Team to discuss flooding impacts and campus plans. I was also continuing to follow the legislature in their final hours of action and continued to provide encouragement to those who were having to make tough decisions on key bills. This will certainly be a week to remember. 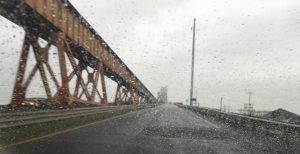 Hwy 167 northbound lanes were all that were open