Home › Weekly Update › A snowy week for Louisiana in DC

A snowy week for Louisiana in DC 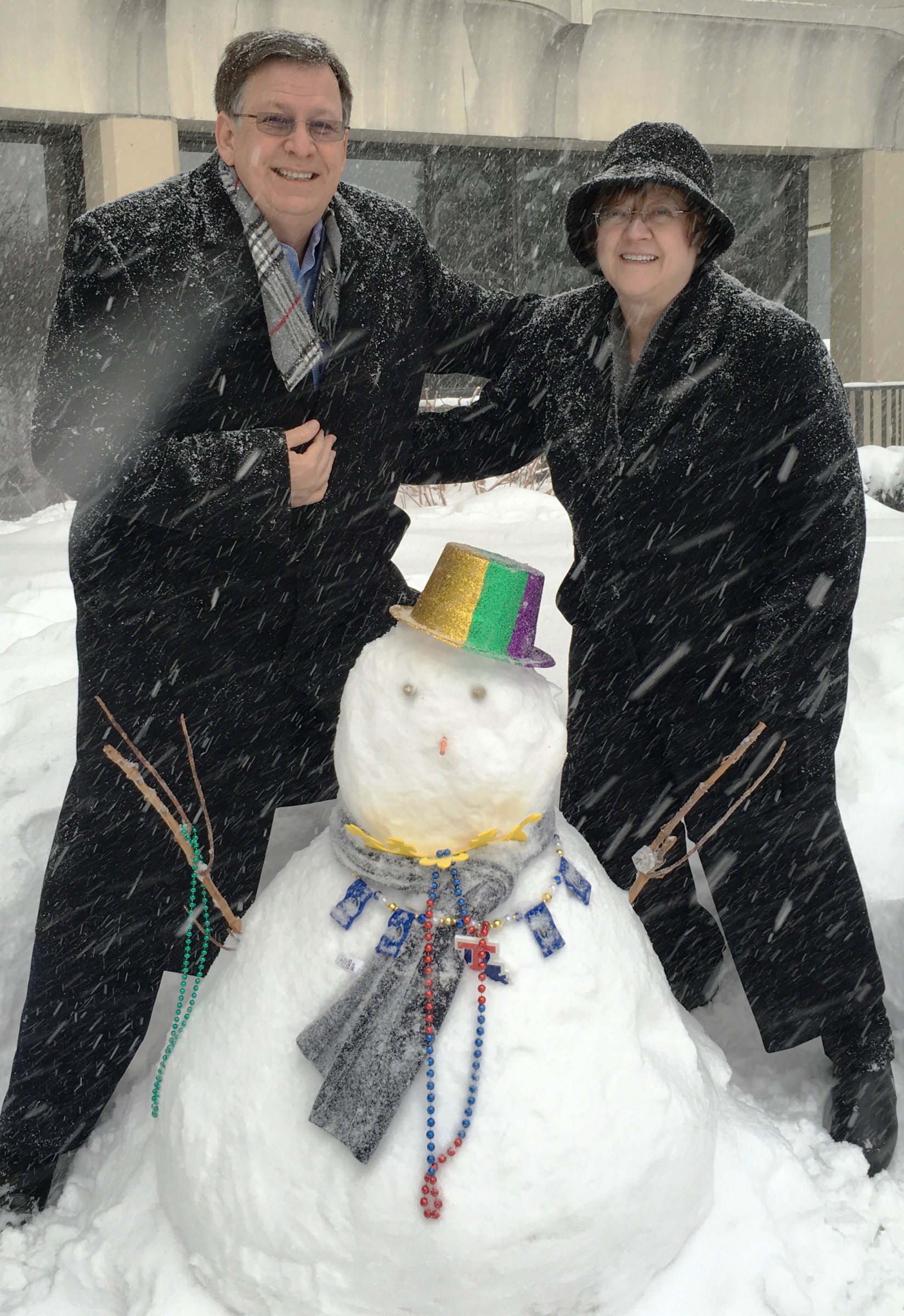 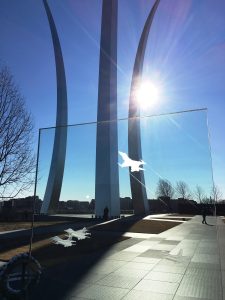 Kathy and I flew to DC on Monday for a full week of activities. We had some indications that the end of the week could be eventful with a major snow storm, but we decided that since our plans and reservations had been made, we would go ahead and make the best of it. We had scheduled Tuesday to be a personal day and decided to take a guided tour to get more of an insider’s perspective on things in the District. The guided tour made the 17 degree temps more tolerable, too! We happened to be the only ones on the bus that morning, so that made it even more enjoyable. Our tour guide was from Ethiopia and has a doctorate in history as well as being an adjunct professor in American History. So, Kathy and I got a great history lesson that day. We also got an up-close look at some of the newer monuments that we had not had the opportunity to visit in previous visits. I definitely recommend taking a bus or private tour when coming to DC. 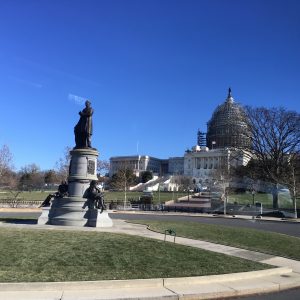 Our son and his wife, Chad & Shannon, flew up and met us on Wednesday. While I was visiting Capitol Hill on Wednesday, Chad and Shannon did some sight-seeing around the city. The Director of the Cyber Innovation Center (CIC), Craig Spohn, and I had several meetings with our senators and congressmen and their staffs, highlighting some of our collaborative research, workforce, education and economic development initiatives, particularly those activities related to our recently formed Louisiana Tech Research Institute (LTRI). Our congressional delegation has played a key role in supporting activities for the CIC, Louisiana Tech, BAFB and other entities that we intend to advance through LTRI.

Chad & Shannon at the Kennedy Center

Wednesday evening, Kathy and I met up with Chad and Shannon to have dinner and see a play at the Kennedy Center. As we headed out to dinner, some snow began to fall, but no one was too concerned about it. We enjoyed seeing the musical comedy “A Gentleman’s Guide to Love and Murder” and then started to look for a taxi to return to the hotel. No luck. The relatively light snow had already iced up the roads so instead we took a shuttle down to the Metro and figured out how to get to a station close to our hotel… and walked the rest of the way…in the snow.  A sign of things to come later in the week. On Thursday, Craig and I visited with several government agency sponsors that have interests in the work of Tech, CIC and LTRI. These were very productive meetings and I believe that we were able to open some doors for future funding for our activities. 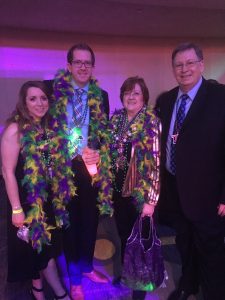 Thursday evening was the first major event for the Washington Mardi Gras (WMG). We attended “Louisiana Alive” to enjoy the wonderful food and entertainment offered by Louisiana chefs and musicians who were set up in the ballroom of the Washington Hilton. WMG brings many Louisiana government and business leaders together along with a broad spectrum of our Louisiana citizenry to celebrate Louisiana’s rich heritage and culture. It is the best opportunity that I have to make connections with key leaders from across the state. Craig and I were scheduled to meet with some key individuals associated with the Department of Defense on Friday, but I had to back out of the meetings to address some state budget issues that were announced late Thursday. We were notified that the current year state budget was such that higher education must plan for a potential $131M budget cut for this year’s budget and Tech’s portion of that would be approximately $4.6M. Obviously, that is a huge challenge for us to achieve at this time of the year. This budget situation has been one of the major topics of discussion here this week. 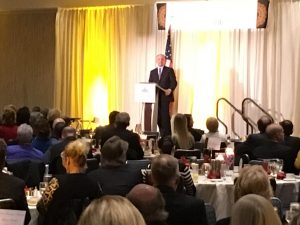 Governor John Bel Edwards came to WMG on Wednesday and spoke to a room full of people at the Committee of 100 Economic Development luncheon on Friday. Each of our congressional delegation members also briefly addressed the audience, as did the Louisiana-born & -raised CEO of Louisiana-based Carnival Cruises, Arnold Donald. I was joined at my luncheon table by several corporate executives of our industry partner CSRA (formerly CSC government). As lunch was wrapping up, the big snow storm began to move into DC. Anyone who had not already had flights scheduled before 4 pm Friday afternoon had no chance of leaving DC for the week-end. 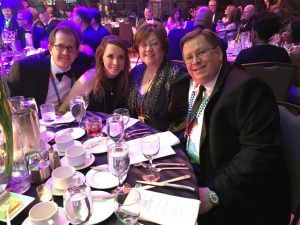 On Friday evening, WMG hosted a formal dinner and introduced the royal court, princesses and festival queens. We also had some of our other CSC/CSRA partners join us for the dinner and I enjoyed getting to know them and to tell them more about our community and university. We also visited with many of our colleagues from throughout the Shreveport/Bossier community. We had intended to do some more touring of the DC area on Saturday, but the blizzard kept everyone in the hotel – except for a few brave souls who walked around the neighborhood. This week was quite an experience, an opportunity to celebrate our great state in the nation’s capital, to be with my family, and to visit with a lot of people who have an interest in our university. Now, if Kathy and I can just find a way to get out of here! 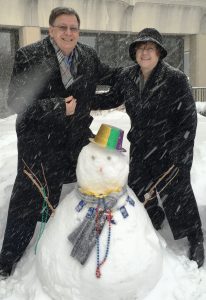 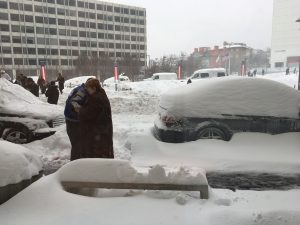 Snow outside our hotel