As you seek to do significant things, let your core values guide your path 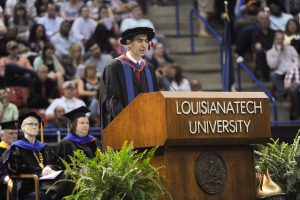 President Guice, Faculty and Staff, Family and Friends, and most important today, members of the graduating class of 2015: it is indeed a privilege and an honor to speak to you this morning, and to join you in celebrating the accomplishments of our graduates. Six years ago, historian Dr. Marla Jabbour and I wrote a thought piece on cyber education, in which we compared cyberspace in the second decade of the twenty-first century to outer space in the nineteen fifties. We argued that the time had come for a bachelor of science in cyber engineering. With half-a-century of higher education scars between us, we knew by heart the words of author Joel A. Barker: “Vision without action is just a dream. Action without vision just passes the time. Vision with action can change the world.” 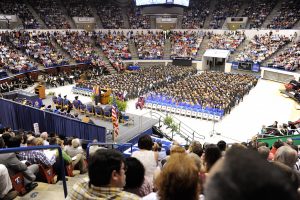 Dr. Les Guice shared our vision, and he created an action plan to change the world. Three years ago, Louisiana Tech University admitted several students into the nation’s first cyber engineering program. Today, we celebrate the first graduates from this program, and award them the Bachelor of Science degree in Cyber Engineering, the first in the nation. Thank you, Dr. Guice, for your leadership, and for recognizing and securing the future. What is cyber, anyway? Just like religion, politics and sports, everyone seems to be an expert on cyber and has strong opinions shaped by weeks of listening to other people’s opinions. Seriously, though, unlike religion, politics and sports – where faith alone guides our beliefs and opinions – cyberspace is governed by the laws of physics that enable the creation, transmission, processing, storage, consumption and destruction of information. Just like Bernoulli’s Principle governs flying aircraft and Kepler’s Laws govern orbiting satellites, Maxwell’s equations govern information in cyberspace. Bernoulli, Kepler and Maxwell? Who were they, you might ask, and why should we care? 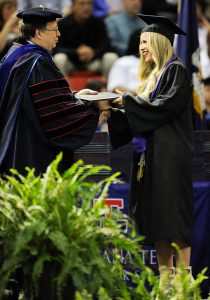 Daniel Bernoulli, a Swiss physicist from the 18th century, discovered that a moving fluid exchanges its kinetic energy for pressure. As a consequence, an airplane wing moving fast generates lift. Johannes Kepler, a German mathematician from the 17th century, developed three laws of planetary motion that described the orbital motion of planets around the sun. Consequently, Kepler’s Laws provided the mathematical foundation for satellites to orbit the earth. James Clerk Maxwell, a Scottish physicist of the 19th century, developed a set of partial differential equations that describe how electric and magnetic fields interact, and form the foundation of electrical and optical communications technology. Thus, Maxwell’s equations govern to a great extent the movement of information in cyberspace. Many seek to compare the computer to the human brain, and the transistors in a computer to the neurons in the brain. Let me take the analogy a bit further. The human brain consists of about 100 billion neurons. By comparison, Intel’s Xeon Haswell-EP microprocessor contains 5.5 billion transistors, IBM’s z13 microprocessor and its controller contain 11 billion transistors, and Xilinx Field Programmable Gate Array contains 20 billion transistors. Today, the electronics industry provides world-wide estimates of 4 billion computers, 6 billion cell phones, and disproportionately more embedded computers in appliances ranging from refrigerators to planes, trains and automobiles. If we multiply the number of devices, about 10 billion, by the number of transistors in each device, we come up with an estimate of the size of cyberspace of over one sextillion transistors – that is a big number – or more than a billion times more complex than the human brain. 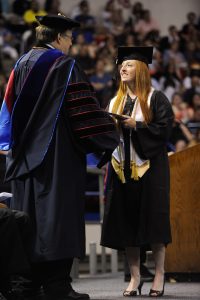 What I am trying to say is that cyber is a complex engineering discipline that requires a lot of mathematics and physics, and faith alone will not cut it here. I take my hat off to the new cyber engineering graduates who discovered for the first time today the complexity of their discipline. Anyway, let us move away from Bernoulli, Kepler and Maxwell and return to the reality that all our graduates will face tomorrow, not just our cyber engineers, when the fanfare dies down and the speeches are forgotten. Graduates, as you forge ahead in your careers, please be mindful of the difference between wanting to become someone important and seeking to do something significant. To be someone important, or to do something significant. To be, or to do, this is the question. I urge you to aim to do something important with your education, and this may require you to take risks. 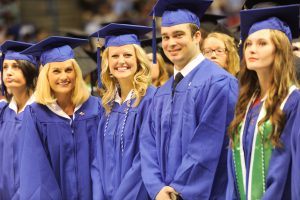 Take risks while you are young, and learn from other people’s failures to accomplish your objectives. Risk-taking has Biblical roots in the parable of talents, where the servant who risked the most gained the most, and the servant who did not take any risk was called worthless and was cast into the outer darkness. Such is life. Do not go through life as spectators. Do not aim to be someone important, but rather, take risks and seek to do something significant. As you seek to do significant things, let your core values guide your path. In the United States Air Force that I serve proudly, we instill in our airmen three fundamental and enduring core values to guide their lives, their choices and their decisions: Integrity First, Service Before Self, and Excellence in All We Do. Yet the theory and the practice of these core values can come into conflict. 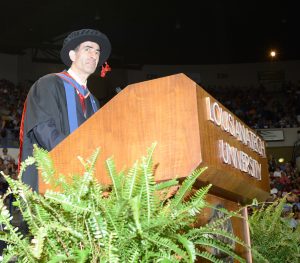 Let me start with “Integrity First.” Various dictionaries describe integrity as a personal choice, a choice to uphold oneself consistently to standards of honesty, fairness, morals and ethics. I view integrity as doing the right thing when no one is looking. It is my moral compass in everything I do. An inscription on the Air Force Memorial in Washington DC, attributed to Senator Margaret Chase Smith, Lieutenant Colonel, United States Air Force Reserves, reads “There will be demands upon your ability, upon your endurance, upon your disposition, upon your patience . . . just as fire tempers iron into steel so does adversity temper one’s character into firmness, tolerance and determination.” Integrity requires you to resist peer pressure and to maintain moral courage, even when the personal stakes are high. Graduates, some day you may face a conflict between loyalty and integrity, when a close friend or a family member does something wrong, and you are the only witness. When you feel conflicted between integrity and loyalty, ask yourselves, which value will rule your day? 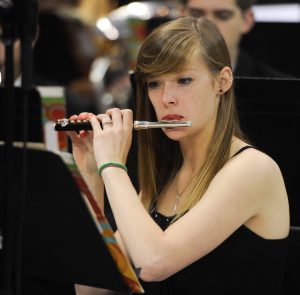 The second Air Force core value is “Service Before Self.” Colonel Bill Gray, a retired Air Force officer and my greybeard senior mentor, taught me to take care of myself, so I can take care of my family, so they can support me when duty calls me to serve others. Graduates, take care of yourselves. Take care of your minds and your bodies. Maintain a curiosity and a thirst for knowledge. Read a book or two every month. Exercise every day. Run a marathon or two, or fifty. Spend time with your family and friends away from work, so that when duty calls, you will be fit and ready, mentally and physically, to serve others before yourselves. The third Air Force core value is “Excellence in All We Do.” You will face two conflicting pressures on excellence: expediency and perfection. General George Patton believed that a good plan violently executed now was better than a perfect plan next week. Expediency won the war. On the other hand, you may have to decide when mere excellence is not enough and a situation requires perfection. To save the crew on Apollo 13 from certain death, Gene Krantz exemplified the pursuit of perfection over excellence. Graduates: did your education equip you to tell the difference? In a culture that glorifies instant gratification, remain true to your values, seek perfection, and deliver excellence in all you do. Now, the time has come to send you off with two lessons. 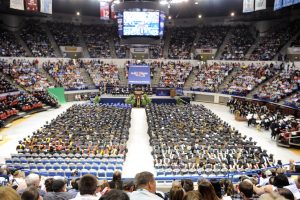 My father was my first mentor. He taught me to work hard. You do not need to read too far into the Bible to get the message. In Genesis 3:19, The Creator commanded Adam, and all of us in perpetuity: “you will eat your food by the sweat of your face till you return to the earth.” He made no mention of endowments, entitlements, early retirements, governments or helicopter parents. Graduates: this Biblical truth is cold and simple: nobody owes you anything. You must earn everything the hard way, the working way. It is your sacred duty to work hard to earn your food through the sweat of your faces. My second lesson comes from our fortieth president. President Ronald Reagan appealed to the best in me, and he was the reason I left behind everything and came to America, a shining city on a hill. His most inspiring words spoke of freedom. He said: “Freedom is never more than one generation away from extinction. We did not pass it to our children in the blood stream. It must be fought for and defended, and passed onto their children and grandchildren to do the same. Otherwise, we may spend our sunset years telling our children and our children’s children, what it once was like in America when men were free.” My generation did a lousy job in protecting freedom. Today, I pass this charge onto you, and commission you to fight for freedom and to defend her, and to pass her onto your children and grandchildren to do the same. Graduates: go forth, and run with endurance the race set before you.