Home › Weekly Update › It's Bulldog Gameday in the Heart of Dallas

It's Bulldog Gameday in the Heart of Dallas

After a year of exciting football and a week of preparations in Dallas, the Bulldogs are ready to play in a nationally televised Heart of Dallas Bowl against Big Ten foe, the University of Illinois Fighting Illini. This bowl experience is a great reward for our team, particularly the seniors, and our coaching staff, student body and fans. Playing in the Heart of Dallas has been something that has been discussed for many years, even back when the Bulldogs were in the WAC, and with the understanding that while that was a great conference for building the national visibility of the Louisiana Tech athletics program, we were confident that it would someday lead to a better national conference opportunity with more regional ties. 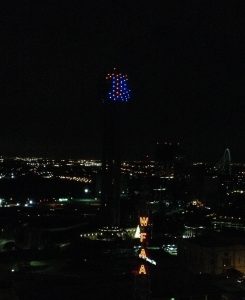 When I woke up this morning and looked out my window, I saw the Louisiana Tech logo displaying brightly in the lights on the Dallas landmark Reunion Tower. It struck me then that all of those prior efforts have led us to where we wanted Louisiana Tech to be. The Heart of Dallas bowl people, Conference USA staff, and the Dallas community have treated us well and I hope that we will have more regular opportunities to be here in the future. We have received a lot of visibility thanks to the efforts of our university and athletics staff who have had a steady stream of positive press going out and have done some strategic advertising for the university, particularly with large Louisiana Tech billboards in strategic locations around the city.

We have continued to have a steady stream of fans coming into Dallas to participate in the bowl game activities. The Omni Hotel lobby began to fill with familiar faces mid-day yesterday as fans had finished their Christmas activities and lunch and had made the trek to Dallas. Last night, AD Tommy McClelland and I were joined by many Tech fans for a Christmas night Bulldog party at RJs Mexican Cuisine just a few blocks from the Omni Hotel. We filled the restaurant with fans and fellowship. Among the many guests were loyal Tech fan and Make-A-Wish child Cael Carmichael and his mother Kris. Cael and Chris might also be winning the distance traveled award, making their way all the way from California to be here with the Bulldogs. 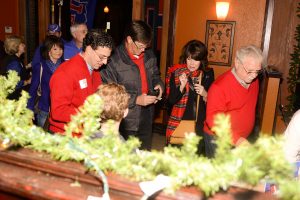 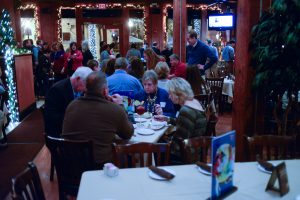 Our alumni filled the restaurant on Christmas night

This morning, we will head over to Cotton Bowl Stadium for an Alumni Tailgate hosted by our Alumni Association. And then, we move into the stadium to get ready for a noon kickoff of the Bulldogs vs Illini. Go Dogs!