Home › Faculty Feature › Cherrie Sciro: From Tech to the best of Broadway and back

Cherrie Sciro: From Tech to the best of Broadway and back 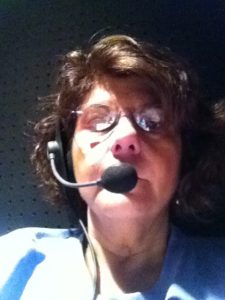 Cherrie Sciro loved her time at Louisiana Tech, where she earned her undergraduate degree, and never wanted to leave. Her dream of returning to Tech came true soon after earning her MFA in Arts Administration at Texas Tech University. While separated from her alma mater and pursuing the MFA, Cherrie participated in the American College Theater Festival (ACTF) as a stage manager and assistant director.  Cherrie reflected, “My involvement with ACTF led to my first professional opportunity when I was chosen by the national nominating committee as the sole management student in the country to participate in a professional development program for graduating students. I served as stage manager for the ACTF professional development production, first at the John F. Kennedy Center and then at an off-Broadway theatre in New York, NY. During that production, I met my mentor, Bonnie Nelson Swartz, who at that time was both a Broadway and film producer.  Bonnie asked for my resume and sent it to Arthur Cantor, her partner in her Broadway productions. Mr. Cantor interviewed and hired me for my first Broadway production:  ‘Rowan Atkinson at the Atkinson’ – yes, ‘Mr. Bean’!” 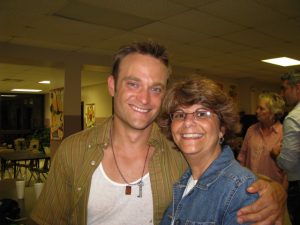 While working for Mr. Cantor, Cherrie’s office received a postcard for a production being imported to Broadway from London, England. The postcard advertised that the show would be a musical sensation. Cherrie noted, “Musicals were my first love, so I scheduled a meeting with the production office of this musical, the then relatively-unknown ‘Les Miserables,’ believing that surely this company could use some help.  Aww, to be young and fearless!  (Perhaps naïve would be a better choice of words.)  I met the Executive Producer/Associate Director of Les Miserables and he asked me one single question that turned my life into pure magic . . . ‘What is your passion?’ From that question on, I have worked toward my passion.” Cherrie was hired by Cameron Mackintosh, who was producing Les Miserables, and while working for Mr. Mackintosh, Cherrie was involved in her second Broadway show, ‘Song and Dance,’ which initially stared Bernadette Peters and, later, Betty Buckley. After Song and Dance, Cherrie did Les Miserables, The Phantom of the Opera, Miss Saigon and Five Guys Named Mo.  She resigned from Five Guys Named Mo to become an independent contractor. 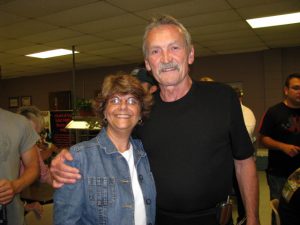 Cherrie noted, “My first gigs as an independent contractor were bigger than I had ever dreamed they would be. I was hired as the production manager for the Barcelona Olympics closing ceremonies. The opportunity to work with internationally recognized artists, including Sarah Brightman and Placido Domingo was thrilling. I also began serving as the road manager for the Broadway legend Patti LuPone! Working with Patti, one of the great Broadway, television and film actresses of our day, was amazing.” Since returning to Louisiana Tech, Cherrie has remained active professionally, including serving as road manager for actress Dixie Carter and returning to work professionally at the John F. Kennedy Center. One of her favorite professional engagements has been working with the Broadway tribute to Ethel Merman, which featured Bette Midler and Elaine Stritch. Asked about her professional activities, Cherrie commented, “As a performing arts educator, I believe that continuing my professional activities in the arts is essential. My involvement in the professional theatre world allows me to stay abreast of relevant developments in the field and my professional associations enable me to share my connections with our School of Performing Arts graduates as they enter the workplace.” Cherrie’s professional work and connections enable her to help our arts administration and stage management students bridge the gap between the academic setting and professional work. In the past, she has allowed her students to work on her professional gigs. Her work on original professional film projects has provided opportunities for her students to hold positions on the films. The students have worked with professional film actors such as Patti LuPone, Muse Watson, Chad Allen and Jeremy Glazer. 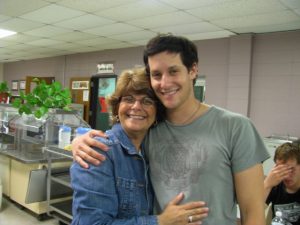 With Jeremy Glazer best known for his films, Letters from Iwo Jima and Save Me

Cherrie said, “I believe that ‘to those whom much is given, much is expected.’ I feel so blessed to have been given the opportunities that I have been given and I want to give back. I am a founding member of Goodwill Lunching, Inc., a local service organization established to assist underprivileged children in our area and to promote children’s literacy. Last year alone, Goodwill Lunching, Inc., with the assistance of other local groups, was able to provide over 12,000 books to young students in Ruston. I believe we have an obligation to mentor our students in not only the classroom, but in community service also.  Several of my students work with Goodwill Lunching and have provided invaluable assistance to local children through our Book Fests and Christmas projects.”

With Cameron Mackintosh, an International Acclaimed Theatrical Producer of such shows as Cats, Les Miserables, The Phantom of the Opera and Miss Saigon.