Saturday was Military Appreciation Day at Aillet Stadium. This is always a special day for us as we reflect upon those who lay it all on the line in service to our country. This year was made even more special through the participation of the leadership of Barksdale Air Force Base, including: We were also proud that Dwayne Slack, Randy Noble and Shane Moore are all Tech alumni. Another Tech alumnus joined us for the day – NFL Hall of Famer Willie Roaf – who was recognized at half time by the Hall of Fame Foundation for being selected to join the College Football Hall of Fame. 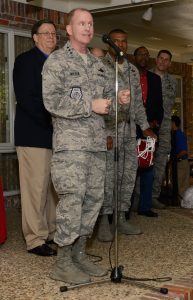 General Wilson addressing community and campus leaders at the brunch

Here are a few pictures from Saturday: 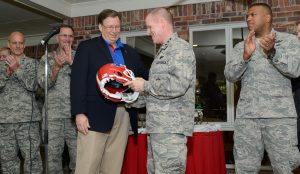 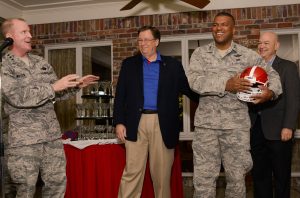 Generals joining in on the Tech alma mater 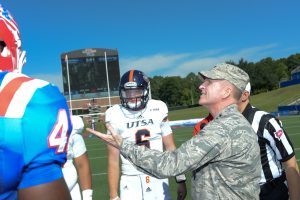 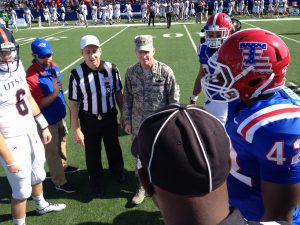 Greeting players and officials at midfield

General officers and leadership being recognized at Aillet Stadium 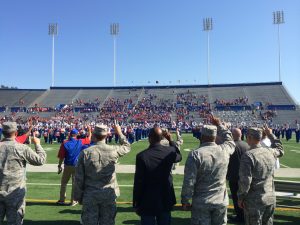 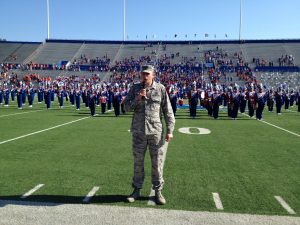