Dr. Paul Jackson: Tech is his university, Green is his color 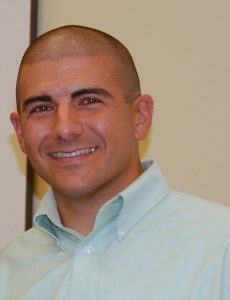 As a horticulturist who has been conducting forest tree seedling research for over ten years, Paul Jackson joined Tech in 2012 as a faculty member of Plant Science in the Department of Agricultural Sciences. Paul noted, “Forest tree seedlings are the “baby trees” that become the mature trees we all are accustomed to seeing in north Louisiana forests and landscapes such as pines and oaks. Forest tree seedlings are grown in two types of nurseries: ‘bareroot’ and ‘container.’ Container seedlings are grown in cavities within containers, and bareroot seedlings are grown from seed planted in the ground much like any other row crop. The ultimate goal of my research is to help nursery managers understand and solve issues encountered during the growing of seedlings in the nursery and to continuously improve the quality of seedlings for good growth and survival after planting. Some of my research publications have involved seedling responses to fertilization, irrigation, herbicides, fungicides, soil-injected fumigants, foliage removal, soil textures, and genetics.” 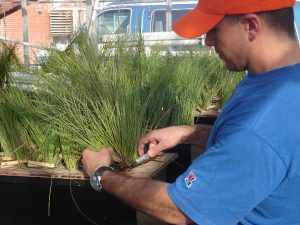 After graduating from Montgomery High School in Grant Parish, Paul attended Northwestern State University and earned a B.S degree in Biology in 2000. Soon after graduation, he began working for the USDA Forest Service, Southern Research Station in Pineville, as a Research Technician. In 2003, while continuing to work at the station full-time, Paul commuted to Louisiana Tech for classes and earned anM.S degree in Environmental Biology in 2006. Results from Paul’s master’s thesis led to the revision of the published nursery guidelines for growing longleaf pine seedlings in containers. In 2007, Paul began a Ph.D. program at Auburn University funded through the Southern Forest Nursery Management Cooperative. The Cooperative at Auburn has existed for over 30 years and functions from funds paid by private, industrial, and state forest tree nurseries, which benefit from research performed by the Cooperative staff in their nurseries across the southeast. Paul has worked in or visited almost every forest tree seedling nursery from east Texas to Virginia. He earned his Ph.D. in Horticulture in 2010 with a dissertation project involving the cold storage of pine seedlings. Paul continued to work for the Cooperative for two years before returning to Louisiana Tech as a faculty member in 2012.

Paul said, “Being a professor is the perfect job for me. I love research, teaching, and working with students. I also enjoy sharing my expertise with the public through gardening workshops we hold on South Campus, the local master gardeners, and grade school students in the community. I work with a wonderful faculty and staff in the Department of Agricultural Sciences, and I am especially grateful for the hard work of Jake Reichley and Nicole Thomas at the Louisiana Tech greenhouses.” 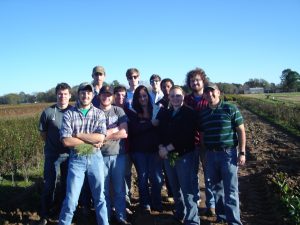 Paul believes teaching is centered on being professional, fair, and most importantly, respectful to students. He believes that it is important to give students time when they come to his office, to learn who they are individually, and to be an encouraging figure in their life. He noted, “I feel part of a professor’s job is to not only teach an academic area but to also teach character. My motivation to institute these values is strongly driven by experiences I had with individuals that believed in me and gave me opportunities to succeed throughout my career. With this approach to teaching, I won the 100/200 level teaching award in the College of Applied and Natural Sciences in 2014.” 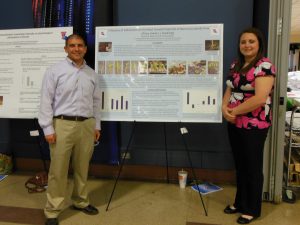 Originally from Hargis, a rural community in northwest Grant Parish, Paul cherishes the experiences he had while growing up where things were done “the old fashioned way” and the values of hard work and honesty were understood. “Some of my fondest memories include daily interactions with my grandparents that lived a mile from my home, squirrel hunting with dogs with my father, and gathering with the old timers for cookouts where the pink-eyed purple hull peas, cornbread, and squirrel gravy was always perfect.” “All of the jobs I’ve ever had were outdoors, so I guess I was destined to work in a horticultural field. When I was about 12 years old I started mowing grass for a man who had a lawn business in the community, and by the time I was 15, I had started my own lawn business, which continued for 13 years.  picked watermelons for a local farmer for seven summers through high school and college with four of my best friends, and we are still best friends today. I received calls to do all kinds of odd jobs during those years such as tilling gardens, pressure washing houses, bush-hogging, building fence, hauling hay, and working for mowing contractors. The most fun job I ever had was shooting crows out of a family’s pecan orchard. I would give the crows to people in the community to hang in their gardens.”

Paul met his wife, Melissa, though a mutual friend while he was a graduate student at Louisiana Tech. He stated, “Our mutual friend showed Melissa a picture of me months before we ever met, but she was not that excited to meet me. Thankfully, by the time our friend finally got us together to meet for the first time, I had shaved the mustache.” Melissa earned a B.S. and M.A. in Speech Language Pathology from Tech, and they were married in June 2007. They have three children, Brennan (4), Matthew (2), and Anna Kate (one month).  Most of Paul’s spare time is spent doing fun activities with his family around Ruston. Paul reflected, “We love to take our children to Tech sporting events, swimming and bowling at Lambright, and to parks in town. Our children spend a lot of time with their grandparents building memories, and in our opinion, relationships that will ultimately contribute to their personality and character.  One day they may be camping in the RV with Grammy and Papa or picking corn and tomatoes with Nana and Paw-paw, so they are lucky kids.”

Melissa and Paul at a Boston Celtics game in Atlanta

Paul loves reading about NBA basketball history, and is a huge Boston Celtics fan. He enjoys watching sports and has been fortunate to go to an NBA All-Star weekend and a Super Bowl. Paul is also a runner and has completed two marathons. One of the most influential events in his life was spending five weeks in the search and recovery of the space shuttle Columbia and its crew in 2003.  He gave a presentation on this experience at a Louisiana Tech faculty/staff luncheon earlier this year.

Paul and Brennan after the 2012 Albany, GA marathon