Andy Cline: Front Row Seats to a Year of Excellence

I invited Andy Cline to share some of his perspectives about student recruiting and Summer Orientation. Here are Andy’s comments in his own words: My name is Andy Cline, and I have had the opportunity to serve Louisiana Tech University since 2011 as the Director of Orientation and Special Programs. This past year, I have had a front row seat at nearly every preview day, and recruitment event that has been conducted by our Admission’s Office. Starting in September, I saw our entire team Admission’s team working together to create involved and exciting recruitment campaigns, but going somewhat unnoticed was the work conducted behind the scenes to ensure that our goal of 15,000 students could be obtained. Long hours were spent by our front office to ensure that students were admitted, received scholarships, and received personalized attention in a timely manner to make every student feel comfortable and truly expand the notion of the Tech Family. 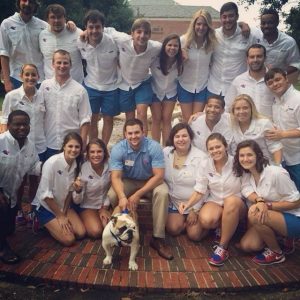 As the year continued, I had the opportunity to teach Counseling 201, the 2014 Orientation Student Leader preparation class. This is a very special group of young students who represented the University proudly during all the orientation activities throughout the year, by becoming a welcoming student presence for incoming students. This group even performed a variety show called Presents, which received great reviews from parents and students alike! This summer was especially rewarding for me. In a brand new partnership with the City of Ruston, specifically the Meet Me on Main Street Alliance, an exciting new event that coincides with the first night of orientation was created in Railroad Park and the businesses in the immediate area of the park. This event was called the Dog Days of summer which featured a concert, United Campus Ministries involvement, and the Louisiana National Guard Rock-wall. This involvement created a fun and engaging atmosphere that helped the University and the City of Ruston roll out the red carpet on the first day of orientation. 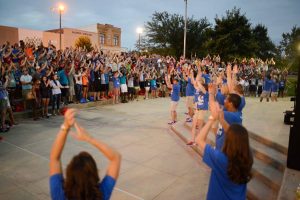 As I look back over the year, I have never been more proud of group of individuals like I am of all the Faculty and Staff of Louisiana Tech University. Regardless of department, college, or division, everyone pitched in to fulfill the idea that “everyone is a recruiter” and displayed a kind, caring, and committed personality that brought one of our largest and most qualified freshman classes in Tech’s proud history. I look forward to future success with you all. Go Dogs!