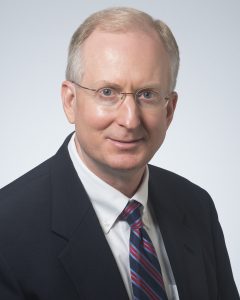 Gary Kennedy was raised in rural Union Parish and graduated from Farmerville High School. Both his father’s and mother’s ancestors are from Union Parish, going back several generations. Gary commented about his early years, “The first road trips my parents let me take when I received my driver’s license were to Tech football games. My friends and I would get in my dad’s old truck and attend every game that we could.  It was a big deal to us.” Gary and I share some common family connections. My aunt (my mother’s sister), married one of Gary’s uncles. I am not sure that Gary wants to admit to the kinship though. After earning a B.S. in Animal Science and an MBA with a finance focus from Louisiana Tech, Gary worked for the LSU AgCenter for a few years before going to LSU to pursue a Ph.D. in Agricultural Economics. His doctoral research was on measuring factors that affect rural land values in Louisiana for which he was awarded the Prentiss Schilling Outstanding Dissertation Award from the LSU College of Agriculture. Ten years later, Gary was named as Outstanding Academic Alumnus by the LSU Department of Agricultural Economics and Agribusiness. Gary’s passion for Louisiana Tech led him back to his alma mater where he has been a faculty member for 17 years and has been Department Head of Agricultural Sciences for almost 14 years. 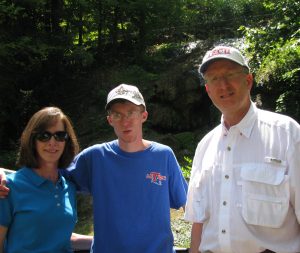 Gary met his wife, Selene, while he was getting his doctorate. Selene also worked for the LSU AgCenter and is from Galliano, Louisiana, which is near Grand Isle in south Louisiana. Their son, Chris, is a senior at Ruston High and plans to enroll at Tech in Agricultural Business this fall. Chris is a good cross country runner and is a big fan of anything related to Tech athletics. Gary noted that Chris did not pick up his running talents from his dad. Gary is an “out-of-the-box” problem solver. He noted, “Because I have both an animal science and a business background, I am typically approaching problems from the standpoint of science, with a practical application. For example when Tech had dairy cows, we had a constant problem with hypocalcemia, a condition that occurs when a dairy cow loses so much calcium from her system that she can possibly die. This condition usually happens to high milk producing cows and is difficult to predict. I developed a non-invasive way to check blood calcium levels through the sweat that collects on the cow’s nose and received a patent on the procedure in June 2011. I don’t know if anything will be commercially developed from it, but we have had some interest from companies in California, as well as Wisconsin. A graduate student in Biology used the project for her thesis, which was also a neat outcome.  I never dreamed that I would receive a patent for an invention, especially for such an unusual approach.” 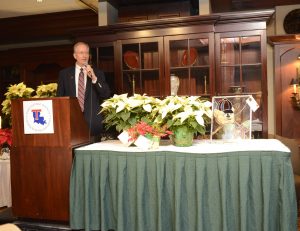 When Gary was an undergraduate student, he periodically served as a driver for Col. Ike Hamilton, who was a well-known livestock auctioneer from West Monroe (Ike Hamilton Expo Center in West Monroe is named after him.) Gary reflected, “Traveling with Mr. Ike allowed me to pick up some auctioneering skills that I have put to use in raising money for scholarships for our students.” Each year, Agricultural Sciences does a livestock auction on the first Saturday in May and also a Poinsettia auction at the beginning of December. Proceeds from these sales have allowed Agricultural Sciences to award more than $60,000 per year in department scholarships. Gary acknowledges that this is a team effort and says, “It takes the cooperation and efforts of many individuals in my department, but we all work together to achieve positive results. I can’t say enough about the people in my department. The faculty, staff, and students are all great to work with and be around. Tech Family is very strong in Agricultural Sciences on the South Campus!” I have experienced Gary’s auctioneering talents first hand and he does an amazing job of squeezing the dollars out of auction attendees (for a good cause, of course.) The item on the far right of the accompanying picture is a stained glass Tech Bulldog and Poinsettia which was created and donated for the 2013 auction by Dr. Virgil Orr, a retired Tech professor and vice president emeritus. The piece brought a high bid of $1,000, and the event raised $18,000 for scholarships.