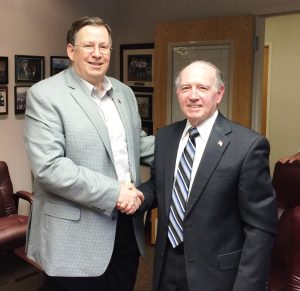 Budget planning meetings continued for me and my team this week, but I had planned a few trips to get me out to connect with alumni and friends. On Tuesday, I visited with Bossier City Mayor Lo Walker, a long-time Tech supporter and friend. Mayor Walker has been progressive in promoting education, community development, and the growth of Bossier’s high-tech economy. Bossier’s economy has grown significantly under his leadership, and that was recently manifested with the location of Computer Science Corporation’s new technology center at the National Cyber Research Park. I appreciate Mayor Walker’s inclusion of Louisiana Tech faculty, staff and students in so many of these developments. Following my meeting with Mayor Walker, Ryan Richard and I went to visit with our colleagues at the Cyber Innovation Center to update and plan more projects with CIC President Craig Spohn and his VP GB Cazes. Following that meeting, we met up with several Bossier/Shreveport Tech alumni for lunch. Kathy and I were pleased to join alumni and strong Tech supporters Billy and Millicent McConnell at their house with other friends for a special dinner on Tuesday evening. 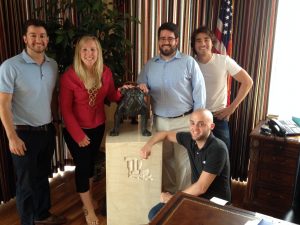 On Wednesday, I had a visit from Tech architecture alumnus Tim Brandon to get an update on the progress of the South End Zone facility construction. That project continues to progress well and is in budget and on schedule for completion prior to the 2015 football season. Later in the day, I had a visit from Abby Cook, Jordan Trembley and several others from Dow Chemical’s Public Affairs division who came by to do an interview about our new Integrated Engineering and Science Education building. Dow recently provided a $1M gift to support the development of that building because of their commitment to supporting strategic university partnerships in STEM talent development. Their gift played a huge role in our ability to secure capital outlay funding this year from the State of Louisiana, and we believe that we will be able to begin design work on that facility in the near future. We are deeply grateful to Dow Chemical and the many other alumni and industry partners who contributed to the building fund. 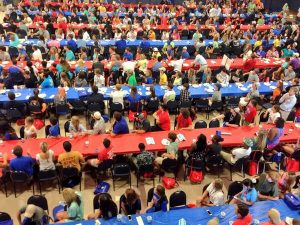 Orientation students gathered in the Tonk

Thursday morning, we had a big orientation kick-off welcome for approximately 450 new Tech students and their parents in Howard Auditorium. These orientation sessions continue to be jam-packed and well organized. I thank our Admissions, Student Affairs, and administrative teams for their great work in organizing and running these events. We continue to be optimistic about our Fall 2015 freshman class. Later Thursday morning, we had a visit from CenturyLink VP Glynn Williams and Directors John Knies and Tina Williams. They came by to see our cyber-related academic programs and to explore how we can deepen our partnership in meeting their workforce needs. As CenturyLink is nearing completion of their spectacular Technology Center, they will be even more aggressive in filling positions across a broad range of fields. We discussed a number of things that we can do to assist them over the next few months and are excited about the opportunities this will provide for our students and graduates. 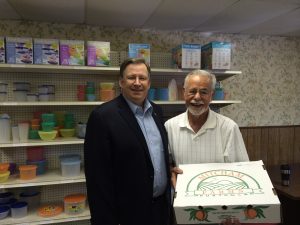 Friday morning, Ryan and I headed out to Longview to meet with several alumni. I was thrilled to meet with 1959 Tech Physics alumnus Bud Frye. Bud was also point guard  for the basketball team. He was team captain for the 21-4 Gulf States Conference Championship Team that included other legendary players Jackie Moreland, Ray Germany, and Gary Richardson. This team established the best record of any men’s basketball team up until that time and served as a great foundation for future growth of our program. At 77, Bud still plays basketball regularly in a Texas senior league. Bud is currently owner of Frye International, a producer of plastic storage products, but he has had an interesting professional career that included stints with Texas Instruments and several companies in Silicon Valley. Later Friday, Ryan and I had lunch with several other alumni and friends, mostly from Texas Eastman Chemical. One of those who joined us for lunch was one of Bud Frye’s former bulldog team-mates Don Martin. Don graduated from Tech in chemical engineering in 1960 and spent 37 years working with Texas Eastman. He retired after 37 years with the company and it was noted that he had missed only three days of work throughout his career. Don joined Bud Frye and other former bulldogs Gary Richardson and Tom Grissom in winning the bronze medal in basketball in the U.S. Senior Olympics in 1995. 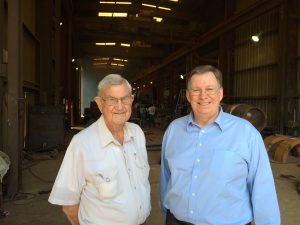 We also visited another Tech legend on Friday, 1951 mechanical engineering alumnus Charles Tullis. Charles is President of King Tool company and at age 87 continues to show up for work at 6:15 AM every day, and is intimately involved in all aspects of his company. King Tool produces separation equipment for the oil and gas industry, and their long record of success in meeting the needs of that industry was evidenced by their plant operations that were buzzing with activities as Charles took me on a tour. I thoroughly enjoyed the tour and felt special treatment as Charles patiently explained many of the processes required for producing these massive separators. Charles has made some major contributions to the new engineering and science building fund, and there has been no one who has been more generous in supporting the College in many different ways. What a special man!