Julie Rutledge is an educator, researcher, mother, and traveler. Her academic journey actually began as a research question while she was an undergraduate student.  Julie said, “I wondered how children from similar circumstances and backgrounds could turn out so differently – some resilient in the face of adversity, others unable to move beyond their childhood to flourish – and I thought perhaps a key factor was parenting. So, I took a parenting course in the human development and family sciences department, met my future mentor, and my graduate school road was set. I had found what I knew I was supposed to do – a program where I could research a topic I was passionate about, teach the next generation of students who will be working with children and families, and make a direct impact through my research and outreach programs in the community.” Julie attended Oklahoma State University – the same University attended by her brother, mother, father, uncle, grandfather, and great aunt. In Julie’s family, attending Oklahoma State was expected, and it was understood early on that college wrestling would be a part of their lives.  Julie attended 15 straight NCAA Division I college wrestling championships in a row growing up!  She worked in the Athletic Ticket Office throughout her undergraduate degree and the beginning of graduate school. Just as Julie began her graduate program, a group of her mentors led by her major professor, were awarded a $1 million federal grant called ‘Families and Schools for Health (FiSH)’, exploring the psychosocial factors of obesity. Julie said, “I not only worked on that grant throughout graduate school, I continue to collaborate with this group of researchers today. I began to refine my research program into young children’s social development in the context of families and peers. While a large portion of my research focuses around the social factors related to obesity, I also explore early peer relations, bullying prevention, and the importance of parent-child relations around early literacy development and how we can use these experiences to teach children about health and social issues.” After graduation, Julie completed a short post-doc with Families and Schools for Health to work on data analysis and manuscript writing. She also worked at the Oklahoma State Department of Human Services in their research office writing grants. Julie joined Tech in February 2011 as an Assistant Professor in Family and Child Studies in the School of Human Ecology. When asked what motivates her, Julie noted, “For me, the greatest sense of accomplishment is when I am able to combine teaching, research, and service by having research projects where I can get students involved – whether it is seeing what we have discussed in a real-life setting, learning how to take material and make it developmentally appropriate for the age-group we’re focusing on, or students learning how to create and implement a program and be accountable for what happens with that program. Also, this enables students to get direct experience in the research process and to develop a new understanding of methodology in the social sciences. I have noticed how it has made them take a real ownership of the materials from our research methods course.” There are two projects Julie has done at Tech that have the trifecta of combining teaching, research, and service in one program: Promoting Inclusion via Literacy (PLAY) and the Bulldog Book Club.

Magpie and the cast of characters from You Can’t Say, You Can’t Play

PLAY developed out of Julie’s involvement with the peer group intervention on the FiSH project. Julie noted, “As part of FiSH, we implemented a school-based intervention based on Vivien Paley’s You Can’t Say, You Can’t Play book. This program has been implemented all over the United States. However, the book and program is designed for Kindergarten and older children. PLAY was designed to make this program age-appropriate for preschool age children. As part of PLAY, we went into preschool classes twice a week for six weeks. I had 15 undergraduate students who were trained to lead the program in the schools. We started by reading a fairy tale called The Kingdom of Tall Pines which has a whole cast of interesting characters led by Magpie – a very wise and wonderful bird. The moral of the story is that it hurts to be left out and mistreated because we look different or act different than others. Each day after the story is read, we talked about how the story applies to the new classroom rule – You Can’t Say, You Can’t Play. This rule just means that at school, children cannot tell other children that they can’t play because school is supposed to be a safe and welcoming environment where we learn to work with others and feel included. It doesn’t mean children have to be friends with everyone or even like everyone – but everyone does have to have an equal opportunity to play together. The last few weeks of the program focused on scenarios that our students acted out where the children identified what was wrong (which is always some version of a child being excluded) and what they could do if they were in the situation to make it better and follow the rule.” 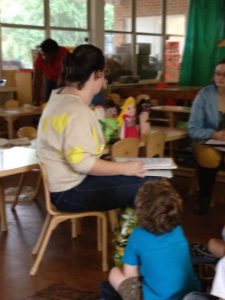 Julie and her team completed the PLAY program in 14 classrooms in Lincoln Parish Early Childhood Centers. “We found that children who are overweight (85th percentile of BMI), obese (95th percentile of BMI), and severely obese (99th percentile of BMI) all gained significantly less weight over three years than children who fit each of these weight criteria but did not get the peer group intervention. In other words, the weight of children who participated in a program that emphasized general respect and acceptance at school (anti –bullying) was significantly impacted.” Julie believes that if they can make a difference in both children’s physical and emotional health with a program that is fun and exciting for them, it is very promising for future impacts in children’s lives. This program is also heavily featured in a new award winning documentary – REJECT – which features educators who use this program and researchers who study the impacts of rejection and acceptance. The film has been shown at several film festivals and was recently featured at the Society for Research in Human Development conference where Julie was asked to sit on a panel discussing the program and its impact. 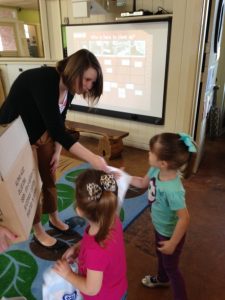 The second research/outreach program that Julie and other FCS faculty and students have been able to be involved with is the Bulldog Book Club, a project funded through the Lincoln Health Foundation and supported by the School of Human Ecology’s Center for Children and Families. The grant is a Lincoln Parish-wide literacy outreach program open to all children who attend the three local non-profit, non-affiliated preschool programs (Lincoln Parish Early Childhood Center, Head Start, and the Louisiana Tech University Early Childhood Education Center). The primary objectives of this program are: (1) to increase preschoolers’ access to books in the home and (2) to determine if increasing children’s access to books in the home increases their reading comprehension. The secondary objectives are: (1) to encourage children’s interest in books by creating a fun and rewarding reading environment and (2) to encourage parents to include reading time with their children in their daily activities. Each month, approximately 550 children who attend one of these schools receive a bag from the Bulldog Book Club. The bag has that month’s book, a flyer based on the theme of the book for parents, a sticker for their book chart, and an extra Bulldog Book Club gift (e.g., crayons, pencil, eraser, keychain). The books’ themes are a mix of social and health-related themes – friendship, bullying, alphabet, fruits and vegetables, picky eating, self-help skills, diversity, etc. The investigators on the grant include Julie, Mrs. Laura Chestnut, Dr. Heather McCollum, Dr. Amy Yates, and Mrs. Anita Pumphrey – all from Family and Child Studies in the School of Human Ecology. 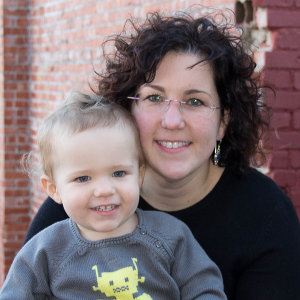 Outside of work, Julie’s days are joyfully filled with her son, Case, who turned two last month.  Julie spends as much time as possible with her family. 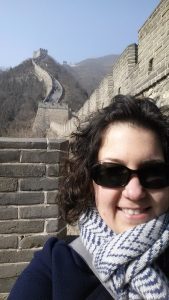 Her other main hobby is a lifelong passion for traveling. She has visited ten different countries and 39 states. Julie recently returned from a trip to China and will be visiting Belize in the early Winter.