Dr. William Green: A personal story of perseverance and passion 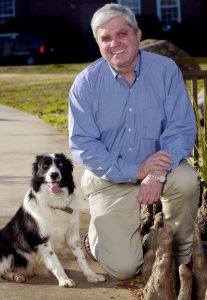 William Green graduated from Dubach High School and then majored in Animal Science/Pre-veterinary Medicine at Louisiana Tech. He married Barbara McGee in 1965, the summer before his senior year at Tech. Barbara had graduated in three years in Home Economics and had taken a teaching position at Simsboro High School. During his senior year at Tech, William applied to veterinary school at both Texas A&M and Auburn University, but he was not accepted at either university. Since all of his future plans revolved around his going to veterinary school the next year, he and his wife had to re-group. “I considered giving up my dream of becoming a veterinarian since being accepted into veterinary school was so competitive,” William said. “I graduated from Tech in 1966 and applied for a couple of assistant county agent jobs. Since veterinary school seemed out of the question, I was seriously considering one of those opportunities.” Then Barbara got a call about an assistantship in Home Economics at LSU. After some in-depth discussions, William and Barbara decided to move to Baton Rouge, where Barbara would be on an assistantship and William would apply to graduate school at LSU. He was accepted and was offered an assistantship in Animal Science. “Life was good at LSU. We both loved our work and school. We were so very fortunate to work under wonderful people. Barbara worked under Dr. Harvye Lewis and I worked under Dr. Stewart Fowler.” William re-applied to veterinary school in the fall of 1967 for admission in the fall of 1968, and got a notice in April that he was an alternate at Auburn University. He felt that the chances of being accepted were not good, so he continued looking at other opportunities. 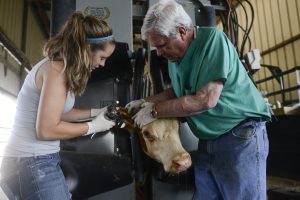