Dr. Jean Gourd earned an Associates degree in Business Administration and Management with the thought that he might just have to run his own business one day. That proved to be true as Jean owned and ran his own computer consulting business in North-Central Florida for about five years. Jean then decided to go back to college to earn his BS in computer science from the University of Southern Mississippi.  “I have been involved in computing since about 1983,” Jean said, “but I never thought that I would/could do it as a job. After almost two decades of using and enjoying computers daily, I decided to pursue a career that involved computers and computer programming in some way. My goal was to earn an undergraduate degree in computer science — and then find a job. As I met my teachers and became involved in undergraduate research, I found what they did to be quite interesting. So I decided that I wanted to be a college professor.” Jean continued his education and earned a doctorate in Computational Science in 2007. He was involved as a Teaching Assistant and a Research Assistant from the time he became a graduate student and completed the entire Ph.D. in 2.5 years. Jean worked at Southern Miss as a visiting assistant professor for one year before accepting a position as Assistant Professor of Computer Science at Louisiana Tech. 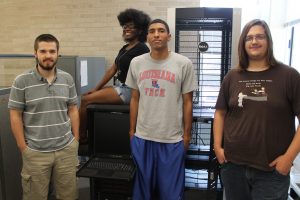 Jean’s research background is in Artificial Intelligence, specifically in intelligent software agents that can move around computer networks. These agents are autonomous and can be used to solve a variety of problems without the need for human interaction. When Jean came to Tech, he focused his interests in intelligent agents to cyber security; that is, how can they be used to solve complex problems that we encounter in securing our cyberspace networks. Jean has worked for the past 5 years on many research projects that involve intelligent agents in cyber security. The systems surrounding cyberspace were designed with openness and freedom in mind, so securability was not built-in. Jean and his team are exploring new ways to redesign cyberspace systems with security in mind, and are also looking at avoiding cyber threats altogether by looking inward, which means implementing systems that make cyber threats and attackers simply not matter. In the era of budget cuts and economic instability, the one research area that continues to be funded and of primary concern is cyber security, so Jean is set on a course for a productive career.

Jean is a member of Tech’s Center for Secure Cyberspace and helped develop and launch Tech’s new Cyber Engineering undergraduate program. He became its first Program Chair in 2012. The program began with 25 students the first year and now has about 75. Jean believes that education is crucial to addressing the need for an educated cyber security workforce, and he has been involved in a variety of educational activities including K-12 programs with the Cyber Innovation Center (such as Cyber Discovery camps and Educational Discovery Forums). When asked about his teaching philosophy, Jean replied, “I am quite interested in teaching, and even more so in learning. My teaching philosophy is quite important to me (For details, see http://www.jeangourd.com:4352/cv/jgourd_teaching_philosophy.php). I have even developed ‘Lecture 0’, a lecture that I give to my students on the first day of every class. It is meant to be a very candid talk about learning and teaching, and even how that plays out in the context of today’s society (you can find ‘Lecture 0’ here: http://www.jeangourd.com:4352/cv/lecture0.pdf). It is constantly a work-in-progress.” 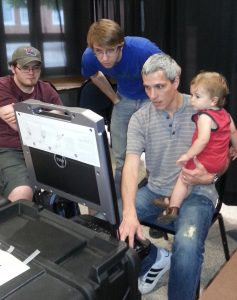 “I believe very much in hands-on, realistic projects. My philosophy in the classroom is to use a simple feedback loop: input -> process -> output.  I modify it slightly to be appropriate to learning as: introduce -> experiment -> debrief. That is, I introduce a topic to the students by posing a problem that is real to them. I then let them try to solve the problem. In the classroom, tactics and ideas usually surface, but solutions are hard to come by. The students know enough to be dangerous, and they go home to try to use these ideas to solve the problem. Most fail. Few of those that fail try again. A very few succeed. The next class, we have a ’round-table’ discussion about successes (and failures since they are quite important as well). More tactics surface, and so does a solution. I then bring it full circle to show how this solution becomes (or is part of) a foundational aspect of computer science. The tactics that surface (and the discussions of the failures and successes) tends to motivate the students to have more of these successes than failures in the long term. They develop critical thinking and problem solving skills, something that I believe to be more important than good grades. But, it turns out that there may be a correlation anyways.” In 2010, Jean designed and held the first Cyber Storm “hackfest”, which is an annual, day-long cyber security competition that pits several teams of students in a fierce battle in cyberspace to test their skills in network defense and attack strategies.

It is a unique event in that it allows offensive tactics and involves spectators as well. Throughout the years, many people from local high schools, other universities, industry, and government institutions have come by to watch and participate. The event’s infrastructure (both physical and virtual) were designed and developed by senior undergraduate students in computer science as part of their senior capstone course. They successfully created the first system in three months. Since then, Jean, students, and friends have continued to maintain and improve the backend system that makes the competition possible. You can view the Cyber Storm web site at:

And here are videos of some Cyber Storm competitions: 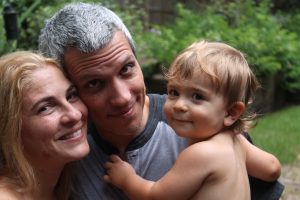 Jean’s life outside the classroom is as intriguing as his professional activities.  Jean was a professional magician and illusionist for about 4 years in the 1990s, performing for kids and adults in a variety of venues. He also played rhythm guitar and sang backup in a Christian Rock band in the early 90s for about 3 years. He continues to play the guitar, particularly with his 20-month-old son who seems to enjoy it very much. His son was not supposed to be possible, but life found a way. Now, Jean and Monique, his wife of 11 years, have a miracle boy named Malcolm. Jean noted, “I have to say that having him has been a truly life-changing experience.” Jean enjoys camping with his family and sitting around the bonfire enjoying conversation. 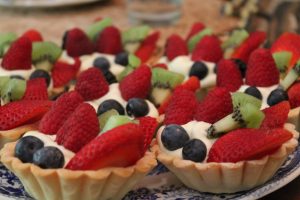 Jean also enjoys cooking and baking, and has been featured in magazines for some of his recipes. When he was a graduate student, he apprenticed under a French pastry chef for about 3 months. Jean learned how to bake a variety of French pastries such as croissants, Napoleon, almond croissants, chocolate eclairs, chocolate truffles, and so on. He regularly makes creme brulee, fruit tarts, and a variety of breads (rye, white, ciabatta, baguettes, etc). Jean is also an avid homebrewer and regularly brews craft beer in a variety of styles.