Kevin Singh grew up in Richmond, Indiana, a city with a population 40,000, and never thought that he would live in a small city again. After graduating from Ball State University in 1998 with a Bachelor of Architecture degree, Kevin moved to Columbus, Ohio. He practiced with a few architecture firms working on healthcare, retail, residential, and commercial office projects, and then earned his architectural license in 2003. His early years of professional practice in Ohio were very beneficial and rewarding, but he found a greater desire to “design” students, not buildings.  He wanted to teach them the core values of “building community” and improving people’s lives through public interest design. Kevin earned a Masters degree in Building Construction with a design-build concentration from Auburn University in May 2006, and began his teaching career at Louisiana Tech that fall. Kevin became fully immersed in Louisiana Tech in June 2011 when he married Tech alumna, Kendal Cole. Kendal is a speech pathologist who works with students in the Bienville Parish school system. Kendal’s parents, sister, and brother-in-law are all Tech alumni, and regularly attend Tech football and basketball games together. 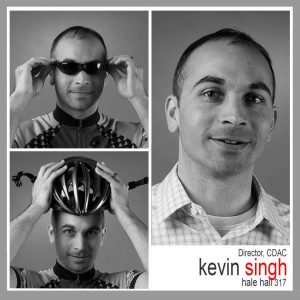 Kevin has served as Director of the Community Design Activism Center (CDAC) since joining Tech. In this position, he has sought out projects across north Louisiana, from Monroe to Shreveport, that make a positive impact within communities. The “activism” aspect focuses on projects that have an immediate outcome, while providing a vision for what is yet to come. For many students, this is their first opportunity to work with a real client. They find out how their skills gained in studio and other support courses are applied in the real world. They get excited about their future and becoming practicing architects and interior designers. As Director of CDAC, Kevin has expanded upon the excellent work of his predecessors.  In the past, projects were all based on reacting to a client inquiry and were more limited by the scope and quality of projects from which to select. Kevin decided to take a more proactive approach and focus on a long-term community project that students could develop over time. He found the ideal opportunity in an impoverished neighborhood adjacent to the university. The South of California Avenue (SOCA) project represents a new model of education where architecture students, under the close supervision of faculty, are placed in a leadership role of a multidisciplinary community team to provide positive physical and social change for this community. This project has become a positive driving force in Ruston with hundreds of volunteers and students participating in the efforts.  These projects and related activities have received substantial media coverage, raising greater public awareness of the social issues and solutions in the community. Activities have included annual block parties (fellowship and idea sharing), Trust Builder projects (community service projects), and the annual SOCA Sprint 5K (awareness run and fundraiser for community projects). The SOCA project is one continuous project each quarter, and is balanced with other projects when clients request CDAC’s assistance. 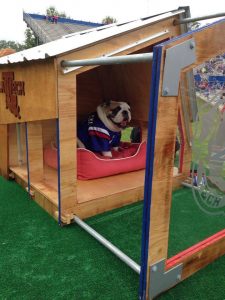 Projects from the summer of 2013 represent the largest and smallest projects to date, including a master plan for the Town of Benton, LA and the game day home for Louisiana Tech’s new mascot, Tech XXI. Kevin’s students have also helped in the initial designing and planning of numerous campus projects. The work serves as recommendations for future campus projects. In some instances, these are built as designed. The George T. Madison auditorium renovation was a project that Kevin’s students developed through design development (2006-08). It was completed during the 2010-11 school year. In October 2012, Kevin was selected to serve on the national board of directors for the Association for Community Design. In this role, he contributes to the future direction of the organization and learns about best practices from around the country. Tech benefits from his experience and gets the opportunity to be showcased with national exposure. 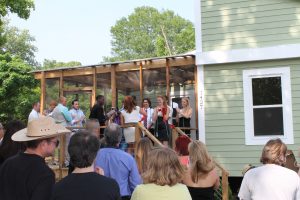 From 2011 to 2013, Kevin took over as instructor for the HabiTECH design-build program. HabiTECH is a partnership with the North Louisiana chapter of Habitat for Humanity and the School of Architecture. Over the past eight years, students and faculty have designed and built eight homes for families in the Ruston area. Designing and building a home in 171 days (including winter and spring quarters) is quite a challenge. However, seeing each house completed in the spring and then dedicated on graduation day provides an unforgettable experience for all. Observing the emotions of the partner family is most rewarding to the students who ultimately get to see all of their hard work pay off.

In his spare time, Kevin is an avid cyclist.  In 2004, he biked solo and unsupported across the country (San Diego to Charleston) to raise over $10,000 for cancer research. He had lost his stepfather a few years earlier to cancer and wanted to support others that may be affected with this disease. More information about Kevin’s cross-country experience can be found at www.kjstour.com.  Kevin continues to bike in the Ruston area and around the country on vacation for exercise, exploration, fun, and fellowship. He is a founding member of Piney Hills Cyclists bike club in Ruston and has helped to make Ruston a more bike friendly community. Whether through his passion for cycling, or campus projects, or homes for the needy, or community improvements, Kevin is teaching students how their commitment to public interests in design can build a community.