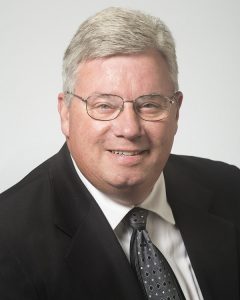 Music Professor Lawrence Gibbs is currently in his twenty-fourth year as Associate Professor of Clarinet/Saxophone,  Director of Jazz Ensembles, and Associate Director of Bands. Prior to coming to Tech, Lawrence performed as a professional musician for twelve years ending with a five year stint in the Las Vegas music scene performing with the late Louisiana Legend entertainer, Billy Ledbetter. The band was the very first act hired to perform at the original “SAM’S TOWN” in Las Vegas and received “Best Lounge Act” for two years in a row.  Also, during his professional career, Lawrence performed with entertainers such as Bob Hope, Don Rickles, The Nelson Riddle Orchestra, Liberace, G.G. Shinn, gospel group “The Martins” and Connie Francis among others. Lawrence performed for 14 seasons with the Monroe Symphony Orchestra (both principal and section clarinet) and also has performed with the South Arkansas, Ruston Civic, and Shreveport Symphony Orchestras and the Twin Cities Concert Band of Monroe, LA.  In 1994, Lawrence organized and developed the “Russ-Town Band” a select community band and served as Principal Clarinet for 8 years. Famed Louisiana Band Master Oscar Barnes, former Associate Director of Band at LSU and “retired” Ruston High School Director was obtained as Conductor.  Lawrence assumed the position of Conductor in 2002 upon Mr. Barnes final retirement.  In 2005, Lawrence created “The Lawrence Gibbs Orchestra” a semi-professional “big band” for the preservation of classic jazz in North Louisiana.  This orchestra has recently become the “Russ-Town JAZZ” a select community jazz band that performs a summer concert at the Dixie Center of the Arts.   These organizations have been all been very involved in fund raising efforts along with performing concerts to help with the restoration and the maintenance of the “Dixie Center of the Arts” in Ruston. Hear Lawrence’s classical recital piece entitled the Arnold Bax Sonata for Clarinet Mvt. II, with Pianist Shayla Blakee.

When asked what spurred his interests in Jazz and Big Band music, Lawrence responded, “I grew up in Monroe during the 1950’s and 60’s.  Music was a big deal in our home.  My father was a fairly important public figure and radio personality from the “Golden Days of Radio”.  He had a great love for music from the “Swing Era” – particularly the music of Benny Goodman.  We had a great “Philco HI FI” in the house that was ALWAYS playing this music.  From my earliest memories I enjoyed watching my mother and father “jittlerbug”  literally ALL over the house.  This eventually led to my getting into “band” on clarinet at Ouachita Parish High School under famed Director of Bands Mr. Jack W. White. Regarding my teachers,  I have always felt I was at the right place at the right time.  I was able to get great teaching in all areas of music during those days.  My love for this music came from the spirit of the music.  This music was known for lifting the spirits of America during WW II and after.  I have felt over the years the need to try to keep this music alive in North Louisiana. During my 24 years at La Tech I have been honored to direct our “Louisiana Tech Jazz Ensemble” as a portion of my teaching load.  In our concerts we cover the entire history of jazz style in each concert.  I feel that the students need to understand each style period from 1930’s Swing to the most recent Modern Rock and Jazz Funk charts.   A few years ago, I formed my own orchestra for a series of “swing era” concerts and I recently have expanded our “Russ-Town Band” to add a “Jazz” group.  We hope to continue to have concerts and get this uplifting music out to the public.  I feel we REALLY need this now!!”

Lawrence has been recognized with special performance invitations over the past few years. In 2001, Lawrence was invited to perform at the International ClarinetFest held in New Orleans and in 2002 was asked to perform at the Oklahoma Clarinet Symposium in Norman, Oklahoma.  In 2011, Lawrence was invited to perform the Carl Maria von Weber Clarinet Quintet with the world renowned St. Petersburg String Quartet as part of their concert for the Louisiana Tech Concert Association. Lawrence incorporates the use of “Smart Music” technology in all saxophone and clarinet studio work. This technology is used as a practice tool for all instrumentalists. It features the ability to practice a piece of music at small intervals and at reduced tempos.  The program also features excellent discographies and biographies of composers and their music.  The program allows the student to keep up with his development during the quarter and encourages the student to record portions of their practice sessions for grading. It does not take long on the Tech campus to see the influence of Lawrence Gibbs on our music students and music program. Thanks to Lawrence, Jazz and Swing music continues to keep a strong presence on the Tech campus and in the Ruston community, and we always enjoy his concerts that jazz up the spirits of all who attend.