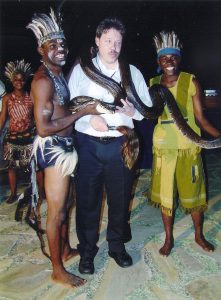 Dr. Jim Cochran is a faculty member in the College of Business with an astoundingly eclectic list of accomplishments. He is a researcher that puts his work into action – and does so in some countries across the globe that are in the greatest need of his expertise and assistance. Jim is recognized by his peers as an innovative researcher in two disciplines – statistics and operations research. Achieving distinction as a researcher in two disciplines is rare, but Jim has done so. Jim frequently collaborates with faculty and students in other disciplines across campus. He has published articles on a wide variety of research topics in the top journals of both disciplines. In recognition of his research contributions, Jim has been elected to the International Statistics Institute and was named a Fellow of the American Statistical Association in only his thirteenth year of his academic career. Jim earned BS Economics, MS Economics, and MBA degrees from Wright State.  He earned the PhD in Statistics with support areas of Operations Research and Mathematics from the University of Cincinnati. He has been a visiting Scholar at Stanford University, University of South Africa, Universidad de Talca, and Pole Universitaire Leonard de Vinci. Much of Jim’s work focuses on the use of statistics and operations research in humanitarian efforts. He was part of a team that assessed the economic ramifications of the 2010 earthquake in Haiti; he worked with the World Health Organization to determine the causes of the high mortality rates of women and children in Somali settlements and identify the settlements at highest risk of outbreaks of various diseases.  He has worked with the World Toilet Organization to assess the impact of the organization’s efforts and is collaborating with the organization to rank the sanitation condition of all countries in the world. Currently he is supervising efforts to develop models for forecasting the extent of the annual floodplain of the Zambezi River and forecasting electrical demand in southern Africa.

The importance and the quality of Jim’s research are recognized world-wide. He has been invited to give keynote addresses for conferences in over twenty countries, and he serves on the editorial boards of eight academic journals. In addition to his pro bono consulting efforts with various not-for-profit organizations, he also routinely applies his knowledge to problems in private industry, having served as a consultant for several Fortune 500 companies. He is also the founding Editor in Chief of the Wiley Encyclopedia of Operations Research and Management Science. On the heels of the success of this encyclopedia, Wiley named Jim the founding Editor of the Wiley Series in Operations Research and Management Science.  He also served as Editor in Chief of INFORMS Transactions on Education, a journal that focuses on education issues in analytics.  In 2008 he co-founded Statistics Without Borders, an organization of over 9000 volunteer statisticians who provide pro bono assistance with statistical issues to organizations working to improve the quality of life for people around the world. And since 2006 Jim has organized and chaired annual workshops in developing nations on making applied mathematics education more effective and encouraging the use of mathematics to resolve societal issues and improve quality of life. These workshops have taken Jim to Uruguay, South Africa, Colombia, Tanzania, India, Argentina, Kenya, and Cameroon. He recently accepted an invitation to speak at the United Nations on these activities. 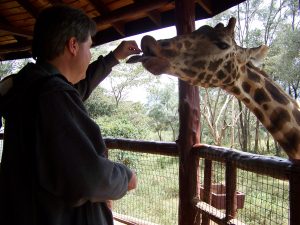 In 2011, Jim attended the State Funeral for Professor Wangari Maathai (recipient of the 2004 Nobel Peace Prize for “her contribution to sustainable development, democracy and peace”). Jim was the General Chair of the 2005 INFORMS (the Institute for Operations Research and the Management Sciences) National Meeting that was originally scheduled for New Orleans in early November of 2005; they relocated this conference of approximately 4000 participants to San Francisco in less than ten weeks after hurricane Katrina rendered New Orleans unable to host the conference (and set a new attendance record for this conference by 26% over the previous high attendance mark). Jim also mixes his research with his personal interests in sports.  He has published nine articles in peer-reviewed journals on various sports problems – especially baseball (and especially the Cincinnati Reds). Jim is beginning his 14th year at Louisiana Tech. He grew up in a very small farm community in Ohio. He and his wife Teresa, who has a a JD from the Moritz College of Law at The Ohio State University, enjoy traveling and reading. Jim is also a top-notch teacher. Students appreciate Jim’s real world examples and the effort he puts into ensuring that they understand what he is teaching. Jim is a coauthor of five textbooks in statistics, operations research, and analytics. He has been recognized on a national level with teaching awards.   When asked about his academic interests, Jim noted, “I appreciate how much freedom a university faculty member has to define herself/himself professionally and pursue her/his interests. I also appreciate the latitude Louisiana Tech has given me to pursue my interest and work on initiatives and activities that are interesting, meaningful, and gratifying.” Louisiana Tech is fortunate to have this world-class teacher and researcher bringing global perspectives to our students while using his talents and expertise to make a difference around the world.